A panorama of contemporary Croatian women poets published in Macedonia

Lyrical prose under the common title ‘And where are you?’ broadcast on the 3rd program of CROATIAN RADIO in the show ‘Words and words’.

In a new issue of the International Literary Relations Magazine, “Most / The Bridge 1-2 / 2022, my poems translated into Chinese by Agnes Lam (Hong Kong). 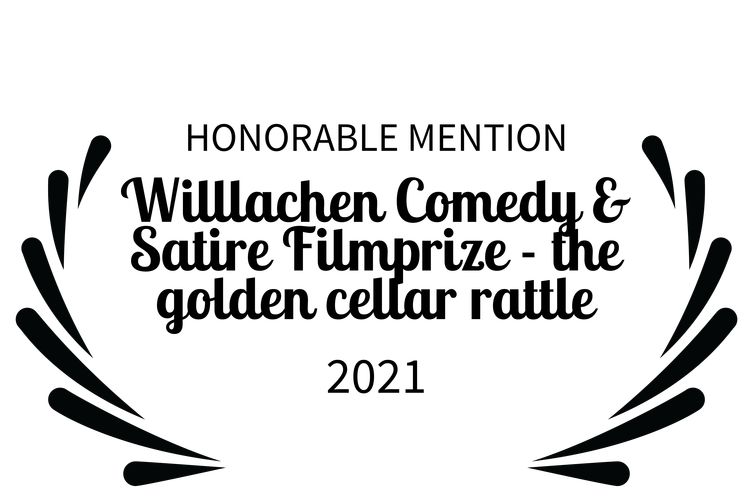 The shooting of Stanka Gjurić’s film, ‘Sunburn’, is in progress, which will last until the spring of 2022.   IMDB

Fifteen-minute film for children, filmed in Čakovec, ‘Lioncity’, by Stanka Gjurić, has entered the competition part of the ‘Europa Film’ Festival, which takes place at the end of March 2021 in Barcelona (Spain) and Resistencia (Argentina). However, due to the coronavirus situation, it is forced to be shown online. On the occasion of choosing Stanka’s film, and given the topic it deals with (danger threatens people from outside, which is why they remain locked in their homes), ‘Teknochat’ platform made an interview with the author, which was published on the Festival website.
https://teknochatfestivales.foroactivo.com/t64-stanka-gjuric
https://vimeo.com/303055283

Stanka’s poetry was translated into Chinese, but Stanka translated the poetry of a Hong Kong poet, Agnes S. L. Lam, who translated Stanka’s poems, into Croatian.

Born in Hong Kong, Agnes S. L. Lam (林舜玲) is a Chinese poet writing in English. Her publications include personal collections, Woman to Woman and Other Poems《女人間的心聲和其他詩歌》（1997), Water Wood Pure Splendour《水木清華》（2001), A Pond in the Sky《天空之池》（2013) and Poppies by the Motorway《公路旁的紅罌粟》（2017). For many years, she has been invited to publish her poetry in international journals and anthologies; some of her works have been translated into German, Italian and other languages. An Honorary Fellow in Writing by the University of Iowa in America and a Visiting Fellow at the University of Cambridge,  Lam was awarded the Nosside World Poetry Prize (Special Mention), based in Italy and endorsed by UNESCO. In her early years, she went abroad to study in Singapore and America. After obtaining her PhD from the University of Pittsburgh, she taught at the National University of Singapore and the University of Hong Kong. As Professor at HKU, she supervised PhD students and served as an Associate Dean of the Faculty of Arts. In addition to writing poetry, she was also a researcher. Her recent book, Becoming Poets: The Asian English Experience《詩人歷程：亞洲的英語經驗》(2014) introduces the creative lives of 50 Asian poets writing in English.

February 24
The Ivy Plus Libraries Confederation has selected Stanka Gjurić website — http://stankagjuric.from.hr/ — for inclusion in its Literary Authors from Europe and Eurasia Web Archive. The Archive is an initiative developed by librarians at Columbia University, Harvard University, Princeton University, and Yale University, in partnership (as the Ivy Plus Libraries Confederation), with Brown University, the University of Chicago, Cornell University, Dartmouth College, Duke University, Johns Hopkins University, and the University of Pennsylvania. The project aims to collect websites related to literary authors (of fiction, non-fiction, and poetry), translators, critics, and publishers from Europe and Eurasian (including Western, Central, and Eastern Europe, and the countries of the Former Soviet Union), with the aim of preserving the history of the contemporary literary process as reflected in the non-print publishing activity of important literary figures and organizations.

A sixteen-minute film for children, by Stanka Gjurić, “Lioncity / Lavograd”, at the ‘Teknochat Film Festival’ in Spain (Barcelona) in 2020, has won the ‘Best Fiction’ award. By the way, at this festival, as every year, awards were given in the following categories: Best Screenplay, Best Actress / Actor, Best Director, Best Feature Film, Best Music, Best Animation, all the way to the Audience Award, etc.
The film was shot in Stanka’s hometown Čakovec, and it shows a city occupied by lions, which, in cooperation with nature, is defended by a thirteen-year-old boy.
Jury review: “The gaze of a child is not easy to transfer to cinematography. In this film we can see in the first person as if we were children. Like the main character. We enter his world and understand it. Very good acting and artistic direction. Natural and diaphanous scenes. Very good lighting.”

Stanka Gjurić’s short film, ‘Perfect Tattoo’ this days won the award in the category ‘Best fiction’ at ‘Summer Film Festival’ (Barcelona / Argentina). Fifteen countries from three continents took part in the festival under the common name ‘4 Seasons Film Festival’. Review of the film ‘Perfect Tattoo, by an Festival Jury: “Great fiction film with a thriller ending. Black and white is justified to perfection, as it brings interest to the scenes. The rhythm is in crescendo. This helps the viewer to position themselves. But at the same time it surprises with unexpected details. Very good performances.”

A book of selected poems by Stanka Gjurić, entitled “”Insurmountable””, has just been published by ‘Izvori’, Zagreb.

Stanka Gjurić’s one-minute film, “Rhythm”, which was included in the “1 Minute Film Festival” in Cape Town (Republic of South Africa) last year, has been selected among the top 100 since the beginning of the 1-minute film festival, in International
1-Minute Film Festival in Istanbul (Turkey) at ‘Cinema Majestic’, 15 October 2020.

Stanka Gjurić’s short animated film “Once upon a time”, has entered the official selection of the International animated film festival “Stop Motion Film Festival” in Argentina.

February 29
Short film by Stanka Gjuric, “Perfect Tattoo”, which was one of the best films to compete in 2019 at the Vip Fest in Barcelona and recently entered the official selection of the festival via the “Teknochat” platform , won the ‘Best Thriller’ category yesterday, between seventy-seven best.
AWARDS

February 16
Film “Perfect Tattoo” by poet and filmmaker Stanka Gjuric, along with cca seventy other films by filmmakers from around the world, has entered the official selection of ‘Vip Fest’, which shows the selection of the best films, among thousands of them at film festivals in 2019, organized by Teknochat platforms from Barcelona (Spain). Attending this festival means being one of the best in 2019, and the competition between them all in 2020 is divided into categories: documentary, comedy, horror and thriller, animation and sci-fi, experimental and erotic, and romantic and drama. Gjurić’s short film is in the horror and thriller category.
It is an event that takes place every year, and the competition includes the films themselves, as well as the directors, actors and / or screenwriters of the same.
TEKNOCHAT

Meeting with children at the Department of Child and Adolescent Psychological Assistance at KBC Rebro.
NAJAVA

From March to May
Stanka’s essays read in Croatian Radio 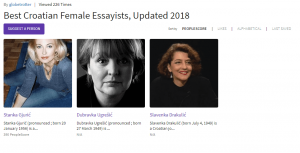 October 14
The renowned French distribution company ‘Gonella Productions’ has offered to Stanka a distribution of her short film ‘Perfect Tattoo’ on various platforms around the globe, as the company collaborates with a large network of television, theatrical, DVD, VOD, Internet customers…

July 5
This morning, at 10.30, on the 3rd program of Croatian Radio, at ‘Words and Words’ emission, were performing two of Stanka’s lyric essays titled ‘The truth about us’ and ‘From love’.

New book ‘Unveiling reality is ready for buyers on ShopMyBook

The night of a book

April 4
Stanka find out that her poetry book ‘Ključarev san’ was translated and published in Italy 1994.

February 23
Stanka, who started her acting career in 1989, with the role of “White Rose” in the Yugoslav-British film directed by Rajko Grlić: “That Summer of White Roses”, and then played in films directed by Miroslav Međimorec, Oja Kodar, Zrinko Ogresta, etc., also has acting role in the latest film directed by Vinko Brešan, whose premier is expected at the end of the year.

February 23
Stanka’s book of lyrical essays ‘The Truth About Happiness’ received financial support from the City of Zagreb.

January 20
The promotion of the magazine ‘Riječi’ (Words) in which are published Stanka’s lyric essays.

27. ‘Croatia rediviva ča-kaj-što’ in a poetical encounter on island Brač

Stanka published her new book of lyrical essays ‘The Art of Living’.
FAMA

Stanka has published the second part of her book of love advice, and has an acting role new film by Croatian film director Zrinko Ogresta.
MEĐIMURSKE NOVINE
MOJ ZAGREB
FAMA

“Lust and the Heart” in catalog
HAVC

A book DNEVNIK VODONOŠE – THE DIARY OF AN AQUARIAN is published

May 14
News (in English) in
ODYSSEY

Stanka become a Member of HAZUD

We use cookies on our website to give you the most relevant experience by remembering your preferences and repeat visits. By clicking “Accept All”, you consent to the use of ALL the cookies. However, you may visit "Cookie Settings" to provide a controlled consent.
Cookie SettingsAccept All
Manage consent

This website uses cookies to improve your experience while you navigate through the website. Out of these, the cookies that are categorized as necessary are stored on your browser as they are essential for the working of basic functionalities of the website. We also use third-party cookies that help us analyze and understand how you use this website. These cookies will be stored in your browser only with your consent. You also have the option to opt-out of these cookies. But opting out of some of these cookies may affect your browsing experience.
Necessary Uvijek omogućeno
Necessary cookies are absolutely essential for the website to function properly. This category only includes cookies that ensures basic functionalities and security features of the website. These cookies do not store any personal information.
Non-necessary
Any cookies that may not be particularly necessary for the website to function and is used specifically to collect user personal data via analytics, ads, other embedded contents are termed as non-necessary cookies. It is mandatory to procure user consent prior to running these cookies on your website.
Spremi i prihvati
Skip to content